The establishment of St Mary’s is closely linked with the early days of the Church’s presence in the Kimberley and the pearling era of Broome.

In 1908, two sisters of St John of God, Antonio O’Brien and Benedict Courtney, came from Beagle Bay Mission to establish an outlet for the Sisters of the mission. Almost immediately they were approached by the Japanese and Catholic communities requesting a school for their children. The Sisters responded and classes were taught in the back of the Church until 1912. During 1911, student numbers grew and a group of locals formed a Parents and Friends Committee and decided that it was time that they provided a purpose built school. During 1911 they fund raised and had the school built. The new school building opened in 1912.

The life of the school for the first thirty years mirrored the ebb and flow of the life of Broome. In 1924, Sr Ignatius added the Holy Child Kindergarten to the school. Enrolments then totalled sixty six children. Parents worked hard to support the school as there was no government funding. The basic curriculum included literature, speech training, hygiene, marching, dancing and gymnastics.

In 1940, the Sisters opened an orphanage. The orphanage became an integral part of the school community. In 1942 Broome became a military defence station. St Mary’s was evacuated to Beagle Bay Mission where it became known as “Broome School” as it was re-established under a paper-bark shelter. Times were hard for everyone, with people displaced, separated and some away fighting in the war. Four years later the school moved back to Broome and because of the poverty at the mission, many Beagle Bay families also moved. The school’s population was now a mix of Aboriginal and Asian students and once again families worked tirelessly to rebuild the school.

The 50’s & 60’s was a period of consolidation for the town (population of 1400). The sense of school community was strong. “Bingo money” contributed to the building of classrooms. A Parents & Friends group was initiated. Language programs were established and annual school concerts became a tradition. In 1963 St Mary’s School had an art display for the Queen’s visit. St Mary’s has had a strong focus on music and drama since its beginnings in 1908. Lay teachers, both Missionaries and paid staff were employed from the early 70’s. In 1973, the Loreto Sisters joined the staff and worked with the Sisters of St John of God. The Principal, Sr. Leone Collins, recruited and trained the first fully funded Aboriginal Teaching Assistants. In 1975, St Mary’s began the first Pre-Primary in the State of W.A. 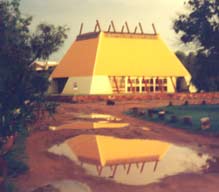 At the request of Bishop Jobst a Secondary school (Nulungu College) was opened in Broome in February 1971. This school was run by the Christian Brothers. It was established to provide education for the growing number of Aboriginal boys in the Kimberley staying on at Primary school until 14 years of age.

Five buildings were completed in the first year. The first boarders arrived in 1972. In 1974 a similar complex for girls was established on an adjoining site. It was managed jointly by the Sisters of Our Lady of the Missions and Sisters of St John of God. This school was called Nulungu Girls College. Both schools catered for day and residential students. Over the years boarders came from Aboriginal communities, pastoral stations and towns throughout WA and the NT.

Initially Nulungu’s courses were vocationally oriented, providing practical skills with associated academic learning to furnish students with employable skills for their communities and towns. Curriculum changes began to take place with core subjects being offered to cater for students entering apprenticeships. Pressure from Broome people also began to generate further change with the introduction of the Achievement Certificate.

In 1995 Nulungu College Advisory Counciling School closed and St Mary’s Primary School amalgamated with the Nulungu College day students to become St Mary’s College for students from Kindergarten to Year 12. The College has since moved from strength to strength as a unique school offering an excellent educational environment to the culturally diverse society of Broome and the Kimberley. St Mary’s now offers a comprehensive range of TEE and VET subjects and as the College continues to grow so will the breadth of the curriculum. 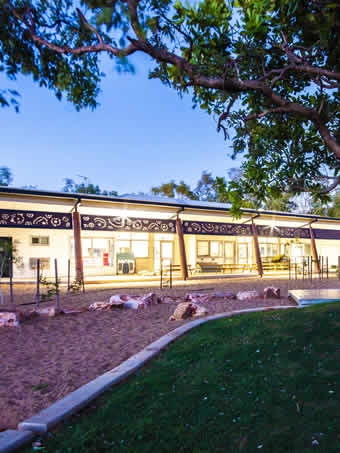